What Is Second Chance Month? | Timeline | In the News

Stories | We Believe in Second Chances

In the United States, nearly 1 in 3 adults has a criminal record, which limits their access to education, jobs, housing, voting, and other things necessary for a full and productive life. Even after their debt to society is paid, these men and women face some 44,000 documented legal restrictions, in addition to widespread social stigma. This is sometimes called the "second prison."

Prison Fellowship founded Second Chance Month in 2017 to raise awareness of this "second prison," improve perceptions of people with a criminal record, encourage second-chance opportunities, and drive momentum for policy change throughout the country.

WHAT IS SECOND CHANCE MONTH?

We all wish to be treated with dignity and have the opportunity to reach our potential. And after making a wrong choice, we want a chance to make it right and rebuild. Second Chance Month, observed during April, is a nationwide effort to raise awareness of the collateral consequences of a criminal conviction. Spearheaded by Prison Fellowship—the nation's largest nonprofit serving prisoners, former prisoners, and their families—this effort aims to unlock second chances for people who have paid their debt to society to become contributing citizens.

'America is a place of dreamers, second chances, and redemption. Millions of Americans in this country have criminal records, and those who have paid their dues and served their time deserve the opportunity to be contributing members of society. … With Second Chance Month, we look to shine a light on ways to unlock opportunities for those in search of new life.' 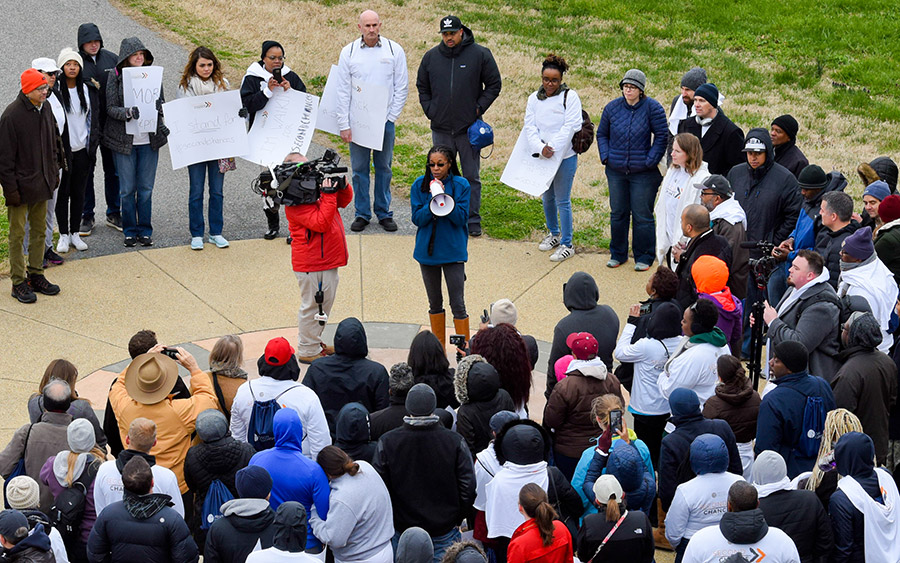 For a second consecutive year, Prison Fellowship declares April as Second Chance Month. More than 200 businesses, congregations, organizations, and supporters join with Prison Fellowship as official second chance partners. (Partnership does not indicate support for any particular legislation or policies).

The White House, along with 23 states and the District of Columbia, declares April as Second Chance Month for a second consecutive year. Prison Fellowship partners with more than 300 other organizations—like the NAACP, the Heritage Foundation, ACLU, and Koch Industries—who are leading the charge to unlock the potential of formerly incarcerated people.

March 28—Prison Fellowship kicks off the third annual Second Chance Month, alongside a coalition of over 320 Second Chance Month partners, at the historic Watergate Hotel—a fitting reminder of the second chance story of our founder, the late Chuck Colson.

April 6—Prison Fellowship organizes the second annual Road to Second Chances event in Washington, D.C., while partners lead their own prayer walks in communities across the country.

Year by year, the conversation is shifting, and an ever-increasing number of governments, businesses, churches, and organizations are working to make second chances a part of their culture—not just in April, but every month of the year.

'This month, we celebrate those who have exited the prison system and successfully reentered society and renew our commitment to providing support and resources that former inmates need to meet their responsibilities, rediscover their self worth, and benefit from the gift of a second chance.' Second Chance Month has received widespread recognition by media outlets and other groups every year.

SECOND CHANCE MONTH IN THE NEWS

'There is no such thing as a throwaway person, and by granting second chances to those who have earned them, we will be contributing to the restoration of families, communities, and our nation.'

Every person has dignity and potential. But approximately 1 in 3 Americans has a criminal record, limiting their futures. Hear from former prisoners on life after prison and join Prison Fellowship as we unlock brighter futures for the 70 million Americans who have repaid their debt to society. WE BELIEVE IN SECOND CHANCES

Second Chance Month recognizes the basic, God-given dignity and potential of returning citizens. When we create a culture of second chances, we support justice, reduce recidivism, and protect public safety.