One phone call shattered Mike's world. Now he has hope to pick up the pieces. 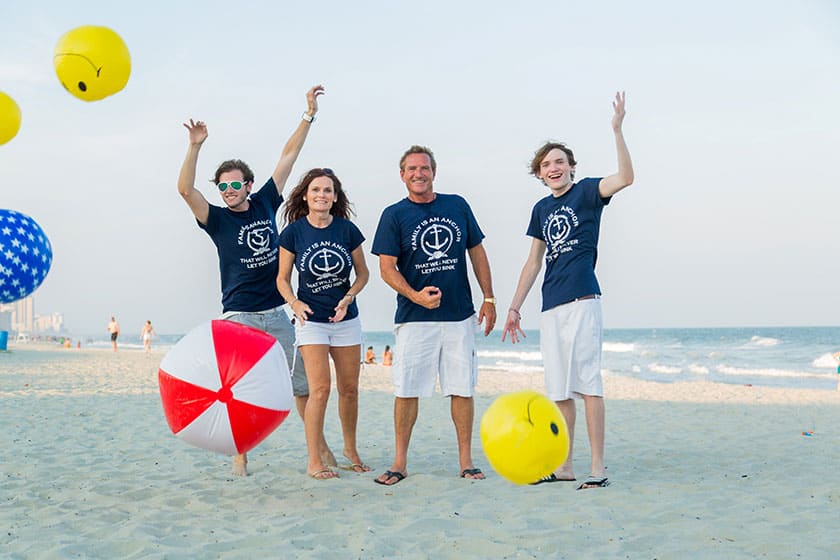 Disclaimer: The decision to forgive or not forgive the perpetrator of a crime is a deeply personal one and should not be rushed or demanded of the persons harmed.

In my 60 years of life, this is the most important question I have ever faced: "Where are you going to turn when you need hope?"

My wife Lisa and I raised our sons, Cameron and Christian, in a nice suburban community in Texas. Our family had a lot of fun—working hard, playing hard, trying to do the right thing. When I retired from the landscape contracting business in 2013, my staff told me, "Mike, you're so blessed." And we were blessed.

In April 2015, my wife and I received a phone call that our 20-year-old son Christian had been murdered. That night, he had gone to a friend's apartment to play video games. A few friends, leaving for a concert, left the front door unlocked. Twenty minutes later, some guys in masks burst through the door and told everybody to get on the ground.

At first, Christian and his friends thought it was a joke. Then a struggle ensued. One of the masked strangers pulled out a revolver, and he ended up killing my son.

When our family heard the news, life as we knew it was over. Our household was distraught, as anyone can imagine. It was horrific and unreal.

That evening—I don't know what pushed me to do this—I ended up searching for a Bible. I found one in a cabinet and dusted it off. I happened to open it to the book of Psalms, where God talks about vengeance and justice and evil. I didn't have much of a faith before then, but it's like God was telling me, "Son, I'm here. I'm here."

Every single morning, for months, I began my day in tears. Day after day, some of my good, Christian friends would come over and just visit with me for hours. I was desperate and searching for hope.

I knew there was nothing I could do to bring my son back. But I wanted to see and learn what God had in store for me.

I would sometimes look around and say, 'Do I fit in here?' But I kept seeking the Word and fellowship with believers.

I started attending a Christian church that met at a high school. The boy who murdered my son had graduated from that school. Every Sunday, I drove by his neighborhood on my way to church. I would sit in services knowing that the young man, now in his 20s, had spent time in this same auditorium.

At that point, I still had no hope. I would sometimes look around and say, "Do I fit in here?" But I kept seeking the Word and fellowship with believers. One day, the pastor asked if I'd thought about being baptized.

Even in my pain, I knew that God was doing something in my life. He was speaking to me through His Word and His people. I decided to take a next step and be baptized. After that, I felt like a different person.

As I spent more time in the Word, my perspective continued to change. It was like seeing my whole life in a rearview mirror. I had been a heavy drinker, socially, and God took that away from me. My worldly possessions didn’t have the same value. I wanted to be humble, to use my gifts to bless others, to share peace and encouragement. I was still grieving and struggling, but I knew I wasn't alone.

I had been at my rock bottom, and God reached His hand down and pulled me up.

The trial for my son's murder was a difficult, ugly experience. Every morning, I would walk out in front of the hotel where we stayed in Houston, listening to Scripture audio with tears in my eyes. I kept coming back to Psalm 91:

Whoever dwells in the shelter of the Most High will rest in the shadow of the Almighty. I will say of the Lord, "He is my refuge and my fortress, my God, in whom I trust."

On the day of the sentencing, I prayed, "God, give me the right words to say."

I remembered how I had been at my rock bottom, and God reached His hand down and pulled me up. When the judge gave me a chance to speak in the courtroom, I stood up and faced the young man who killed my son.

When it comes to forgiveness, it's an individual process that can't be forced or rushed.

The young man in that courtroom was sentenced to life in prison. And I do believe he is on a walk, just like any of us are on a journey. We are all made by God, and we all have a chance to be His disciples. God is making those disciples even dark places, even in prison.

So many people, incarcerated or not, have a lack of Christ and a lack of love. And that can lead to some terrible things. I also believe in the power of God to transform, to break any chain—chains of drug abuse or criminal activity or hidden sin.

That's part of why I volunteer and donate to Prison Fellowship® now. God has really shown me how to walk in His light, and this has continued to grow my faith. I still start my mornings in His Word, so I'm in the right frame of mind to walk with Him.

I've had a lot of people ask me, "Why did you name your son Christian, when you became a Christian later?" We loved the name. It's like God put that word in our heads when our son was born. And there's no doubt about it—God's still working in my life.

When it comes to forgiveness, it's an individual process that can't be forced or rushed. "How can I forgive somebody that murdered my son?" I'd ask. In my experience, forgiveness meant giving my story entirely up to God. My forgiveness became more of an understanding—of looking at that boy with compassion. I know it sounds crazy, but it's beyond my own strength. It doesn't undo what happened. It means I can let go and have peace.

As told to Emily Andrews, senior writer and editor at Prison Fellowship.